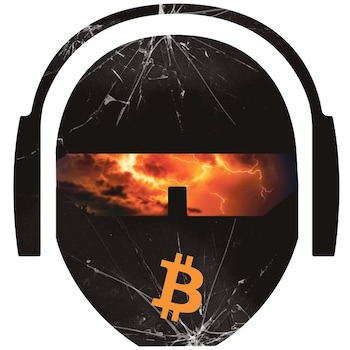 Bitcoin Breakout has begun, well sort of.  The show will be a weekly episode of The Survival Podcast and it will also exist as a stand alone podcast for the purpose of reaching the specific Bitcoin niche.  We even have a new spiffy revamped Val Logo for the stand alone podcast feed we will launch soon.

The show will be a “Production of The Survival Podcast”.  I have not settled on a day of the week yet but it will likely float a bit for a week or two as we setting into this new schedule.

Why Am I Doing This?

First I think ignoring Bitcoin is a massive mistake and a denial of reality in the modern day.  However, it is not up to me to force a topic on anyone.  The current TSP audience has three cohorts in regard to Bitcoin.  One is all in, they love it, if they had their way I would talk about it every day.  The second is okay with the topic, they like hearing about it but don’t want it all the time.  The third is flatly anti Bitcoin, they think it is “going to zero” or a “tool of the NWO” or some other such shit.

Well I serve all three of those groups.  Hence “breaking out” Bitcoin content to one day a week will let everyone pick and choose.  If I mention BTC during the other four days if at all it will be an aside but we will not go deep into it on those days.  Conversely the weekly episode will be full on stacking sats, living on lightning and building with bitcoin.

Hence if you like Bitcoin, great, listen.  If not you have four other shows which average a total of 5-6 hours of weekly content.  If that isn’t enough, sorry, not sorry.

Last by also breaking out the show into its own feed in addition to being a weekly TSPC show, I will be able to attract guests that are 100% bitcoin focused and hopefully build yet another funnel into the TSP community.

Where Will the Stand Alone Version Be?

Every week when I do the BTC Breakout show it will be here, if you want everything, you don’t have to do anything at all.  It will just be part of TSPC like “Outback with Jack” or “Miyagi Mornings”.  If you want to sub to the show and follow all things that are 100% Bitcoin Breakout because there will be articles and other stuff that won’t be on TSP the show will eventually be at TheBitcoinBreakout.com. The current site is under construction with just some filler for now.  I hope it is ready to stand on its own by July.

Additionally we have already done three episodes of Bitcoin Breakout and only one was on TSPC as a TSPC episode.  I am doing a four part “fundamentals series” to get it off the ground.  My hope is this 4 part series will be a good on boarding experience for those who are just getting started.  All the episodes are on the Bitcoin Breakout YouTube Channel.  If you could subscribe to it, I would appreciate the help getting it off the ground.   The first four episodes are

Last while I will announce shows and things on all TSP Social Media I am going to use Twitter for most of the Bitcoin Stuff.  Why?  It is where the most discussion on Bitcoin and Lightning are.  You can find my twitter at @thesurvivalpodc

Well we have that 4th episode of the fundamentals series to do.  It will be this or early next week.  Then next week on the 29th I am interviewing Natalie Brunell who is just awesome and will be our first BBO guest.  If it all works out our second guest will be no less than Guy Swann.  Going forward we will get the site up and the stand alone feed submitted to all the podcast services.

After that it will be simple, one episode of TSPC a week will be a BBO episode and BBO will exist on its own as well.  You pick if you want to consume and the way you do so.  Easy no?

This is taking a lot of effort to get off the ground but once it is running it won’t be more than an extra 20 minutes of work one day a week.  I find it to be a good compromise to best serve the audience, the entire audience.  The full on laser eye enthusiasts, the people who enjoy it but are not fully into Bitcoin and those with no interest at all.  The last group can just not listen to one show a week.

This was the best way to grow the Bitcoin content and at the same time serve the majority of the TSPC community.  I do hope the effort is appreciated.

P.S. – Not to take a dig here, but to you “no coiners” the only thing avoiding my advice on Bitcoin since 2013 has done for you is prevented you from becoming a millionaire.  This thing is not going away, it is the future.  I am making it easy for you to say no to my Bitcoin content, I am hoping that alone will make you more likely to give it a shot.