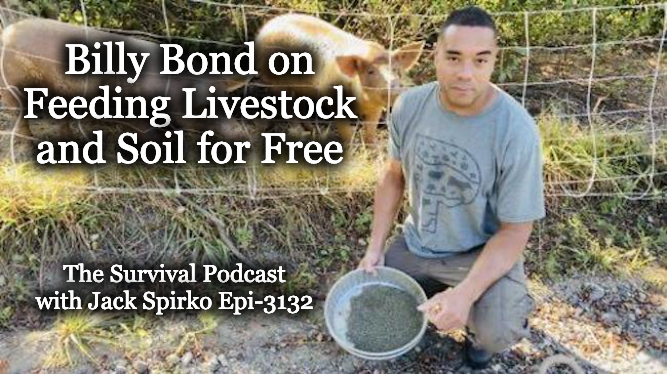 Billy and his family own Perma Pastures Farm where they raise nearly all of their meat for little to no cost using sound permaculture methods and waste streams.

Through social media and on-site demonstrations, Billy and his family spend a great deal of time educating others on all things “permaculture” and how to create abundance in these crazy times.

I met Billy in Tennessee at The Self Reliance Festival and we instantly hit it off like brothers.  A conversation ensued and we are both pretty sure we actually drank a beer or two together at the Fort Clayton NCO club in Panama.  This would have been when I was stationed there in the early 90s.

Billy was in country for Jungle School at the JOTC but was able to get across to the Pacific side for some R&R.  About the same time I too went over to JOTC for an Aircraft Crew E&E course along with a project I did not so long after that for an alphabet agency.  The world of TSPC often seems to come full circle from time to time.