Well I was gone for two days off to Big Bend National Park to help Bryan Black of ITS Tactical with his second round of the camo comparison.   Bryan is doing some great work with comparing camo patterns in various terrain, at various distances under controlled third party conditions.   Big Bend provided the perfect environment to simulate what our troops are working with in Afghanistan right now.    We shot 12 patterns, in four locations at various magnifications.  Each was shot according to a rigorous methodology that Bryan developed to allow a truly objective vendor agnostic assessment of each pattern in a variety of real world situations. 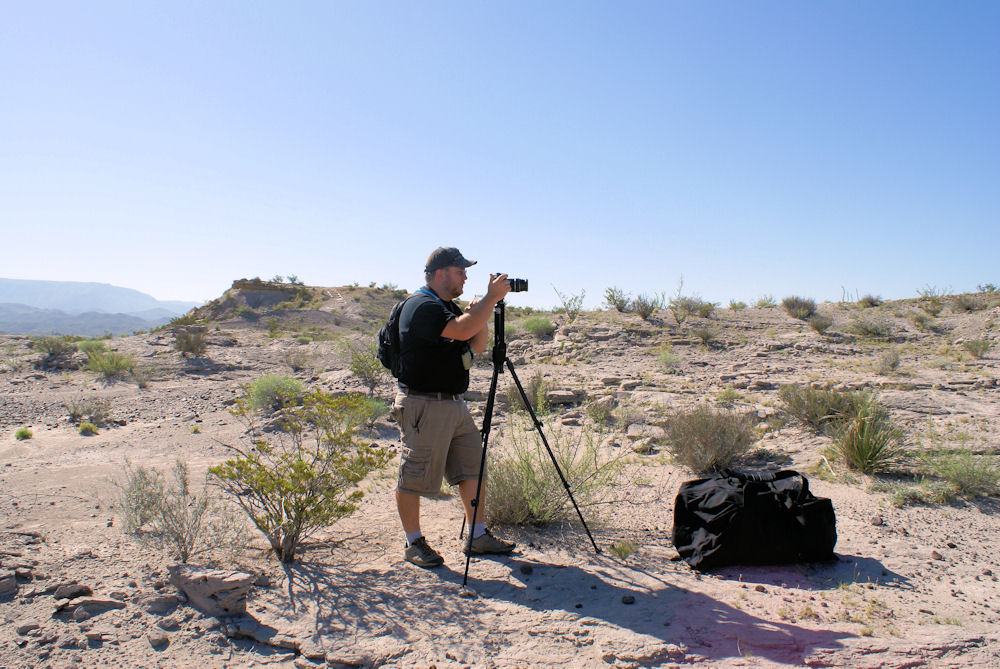 It was a fun project but one I think you would underestimate the work involved with if you were not there.  Starting out with the fact that we choose July to do this project in the desert, so we are not the brightest pair but hey the work needed to get done.  We also had to get into some pretty hairy conditions on two of the shoots, I risked limb and Bryan risked life and limb on the first set up because of the location and the perfect conditions it offered.  On our last controlled location we found a particularly nasty strain of very low growing Cactus that managed to get barbed spines into both of our feet (yep right through the shoes as though we were not wearing them) and into our calves, I picked out 9 from one cactus ball, the little demons don’t like to be pulled out once they are inside your flesh.  We should have taken pics of that but I wasn’t really in the mood!

Topping it off after getting back to Marathon, TX with dreams of cold Margaritas at a place that makes them beautifully called The Famous Burro, we learned to our dismay that in Byran’s exact words…

“The F’ing, Famous Burro is closed on Mondays!”

He did not use the censored version of the word.    The only place open in town was a place called The Gage Hotel, which was under major rennovation and had no full bar, no inside seating because everything had been ripped out and the staff didn’t even seem know they were open when we first arrived.  We settled for a few beers and what appeared to be over priced food.  There is an upside to many things, in this case the food was outstanding, in fact beyond outstanding it was perfect in every way food can be.  I had a feast that was made up of flank steak, shrimp, quail and the absolute best chicken enchiladas I have ever tasted, I mean they were just amazing.   If you are ever in Marathon I recommend the Burro for casual dining but if you want to treat yourself I am sure The Gage will be amazing when the remodel is done.

We rolled back in to town today about 3:30, tired, sore, holes in our feet and calves but well fed and ready to get back to work.  Bryan will spend at least a few days distilling the data and writing up the report that goes with it, when he publishes it I will let you guys know.  The photos below are a few from my personal camera of the park in general.  My roll in this project was to take the pictures while Bryan ran around dressing up his doll, (really a torso manikin but I called it his “Ken doll” to screw with him, you know how military guys are with each other).

In the end it was a fun, thorny, thirsty and tiring project with a good friend and good food and drink.  We also did a bit of foraging on manzanito, cactus fruits and some other stuff.   Barren as the place might seem surviving wouldn’t be that hard.  Plenty of quail and ground squirrels to trap, water wasn’t abundant but you could find it even in July.  Over all things went pretty well until a pair of Park Rangers showed up thinking we were smuggling Mexicans or Drugs, for the details tune in to tomorrows show.   None of the shots below are of the actual project, that is Byran’s project to publish but I thought you might want to see what I was up during my absence.  Clicking on them will link to larger versions of each photo.

Prickly pear cactus fruit, they were abundant and many were well ripened.  Good eating but be careful of the little hairy spines. 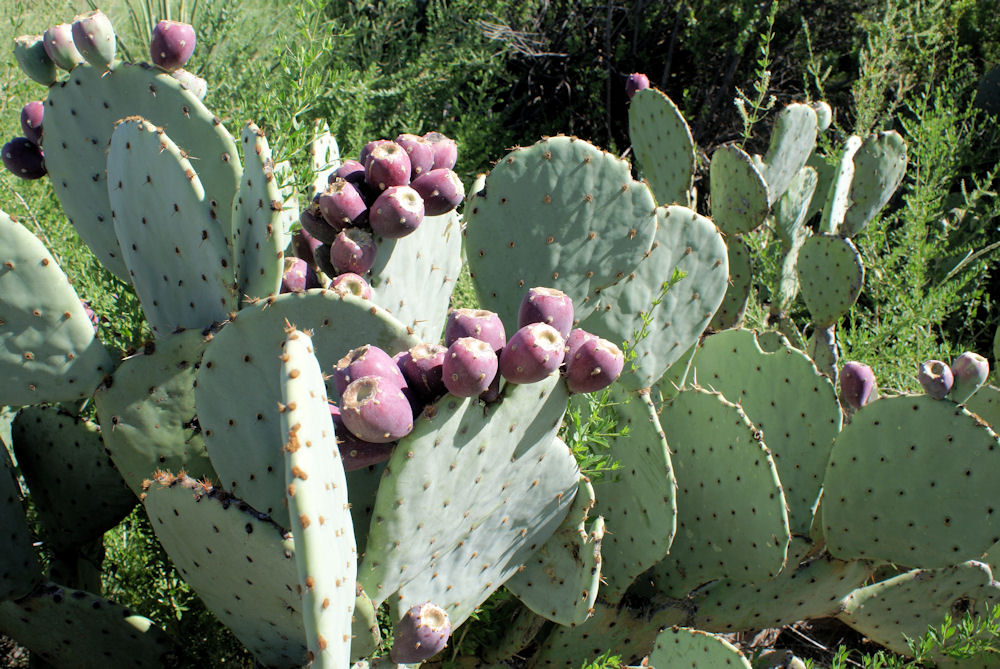 I thought this knobby little bluff was really cool. 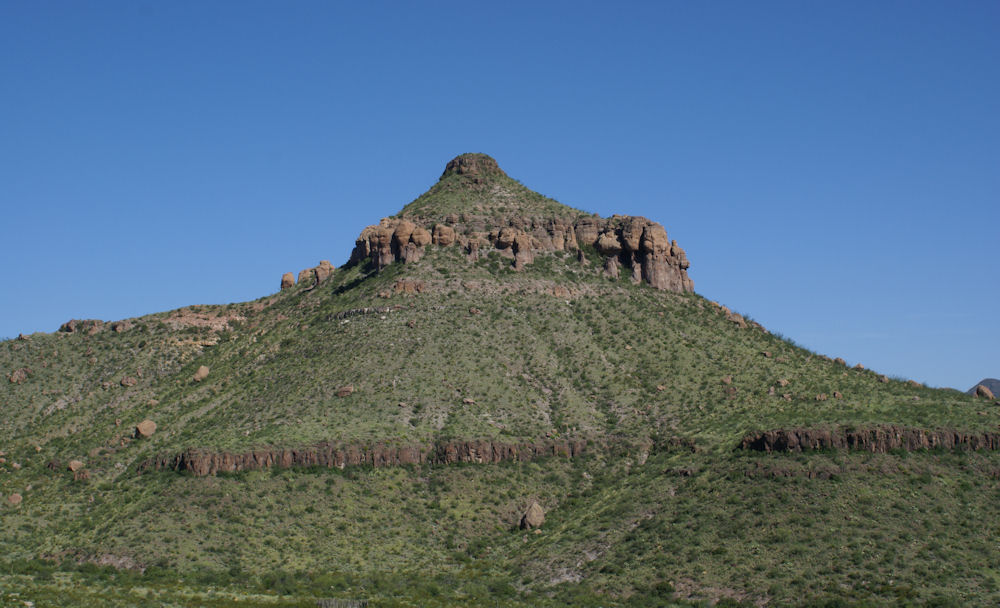 This shot was more toward the center of the park than were we shot our photos of the camo, notice how much greener it is and check out the mid day moon! 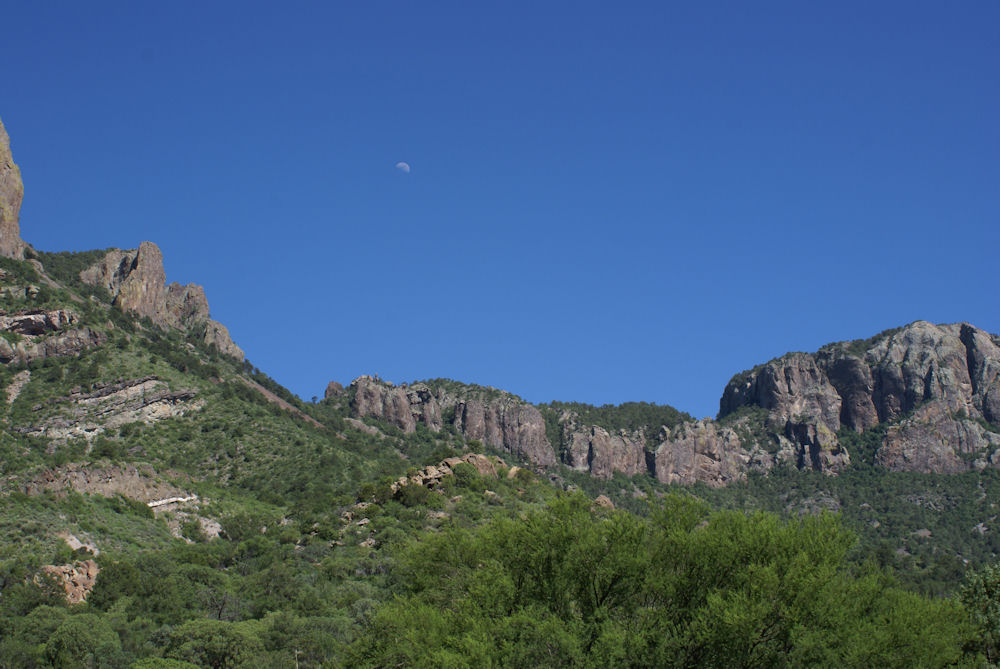 So sorry to  have missed a day for you guys but at least I had the Mike Gasior interview set up for Monday so it was only one day.  I will have shows for you for the rest of this week but will be bugging out from July 28 – Aug 5th for some more “field work”, well that is my story anyway and I am sticking to it.

If you happened to get an email response from me Saturday, Sunday or Monday that seemed overly brief this trip and its planning were why.  I do my best to answer as many emails as I can every day even when traveling but it isn’t always easy or possible.  Again, tune in tomorrow for details about our encounter with the Park Rangers and The US Border patrol.