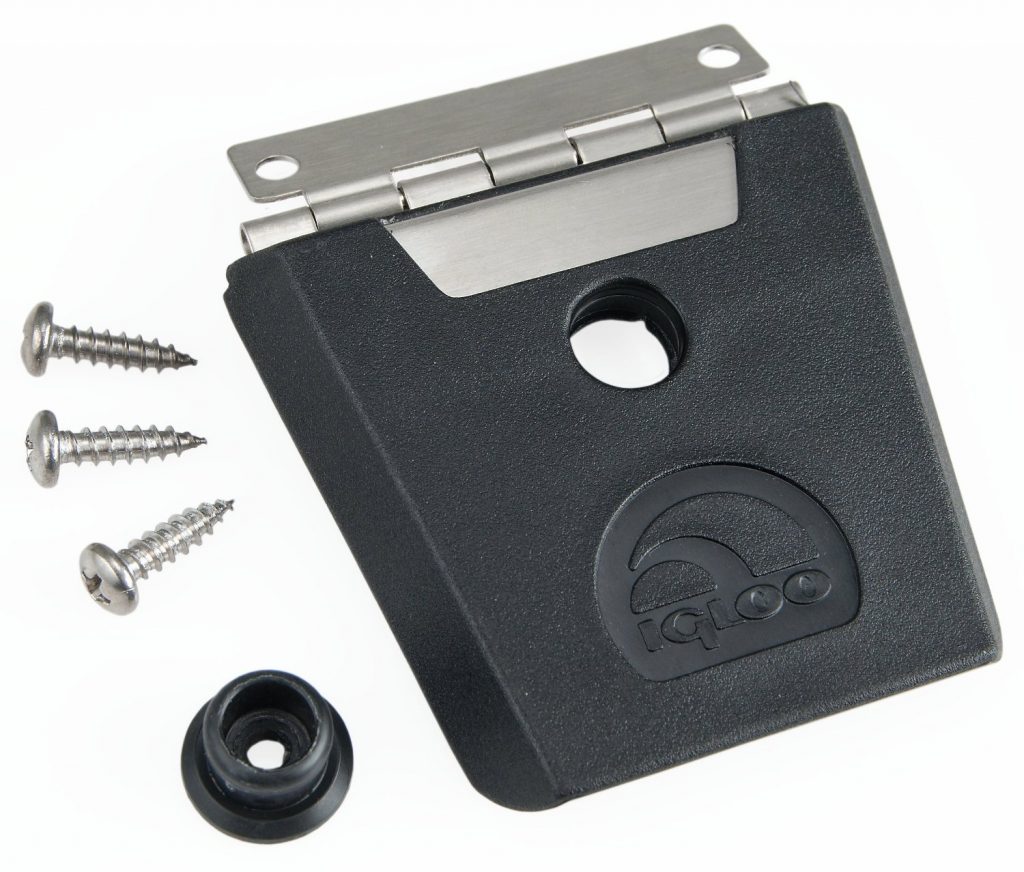 Today’s TSP Amazon Item of the day is the Igloo Hybrid Stainless and Plastic Latch and the Igloo Stainless Steel Hinges.  Yep a two fer cause I know many of ya’ll need one or both of these.  I can see it now, that big giant white igloo cooler most of us at least one of, sitting out there with the latches broken off it.

I mean those coolers are great and affordable to boot, they hold a TON of stuff, keep ice for a few days and man you just can’t beat em.  But what always happens, the damn latches break off and though not as frequently the hinges fail.

Most people “live with it”, I mean unless it is strapped onto a cargo carrier shoved into a pintel hitch receiver, it isn’t going to just fly open right?  Well no but it will not close tight and it will tend to therefore not hold ice as well, besides that latch is there for a reason.

The issue is clear, it should not be made of plastic, because here is the other thing many of us have done.  When we are at say Bass Pro or Academy Sports they sell these latches and hinges cheap, so we buy a set and in a season or two at most, they break again.  Seriously I haven’t been spying on you, this is just what happens to us all.

The solution is don’t use plastic and that is what you can get here.  The latches are plastic where plastic makes sense and metal where the plastic always and I mean always in time fails.  The hinges are just solid metal, which is how igloo should make these damn things in the first place.  This is an example of living like our fathers did, not only do you not just toss something out and instead fix it, but  you actually make it better than new.

I mean think about it, unless you do something really horrible to a cooler it lasts a VERY long time.  I have some that are 20 years old and still good, so why replace a broken part with something that will soon break again anyway.

So if you have igloo coolers that need new hardware check out the the Igloo Hybrid Stainless and Plastic Latch and Igloo Stainless Steel Hinges.

PS VERY IMPORTANT THIS TIME – First and foremost the hinges come as a pair, the latch is a single unit.  The reason they do this is some coolers only have one latch OR sometimes you only want one.  So if you need two, order quantity two.

Next if you look at the negative reviews for the latches you will see claims they do not fit.  They absolutely do fit, if you install them correctly.  They are designed a bit different from the plastic ones and must be installed a bit differently.  The photos below come from a review by Moxy on Amazon but I could not figure out how to link to Moxy’s images directly so I am including them here.  They make it VERY clear what the people bitching about fit are doing wrong. 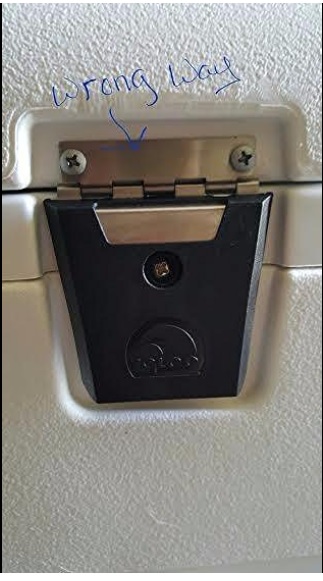 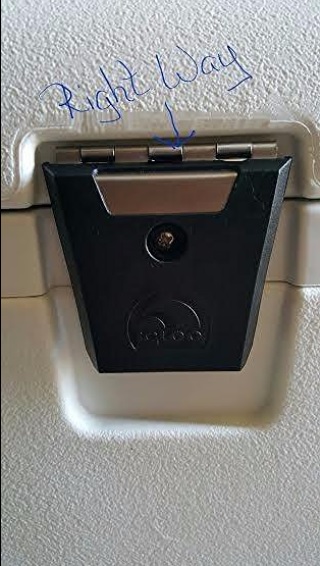