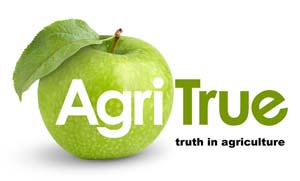 With all the ruckus around the launch of PermaEthos in the past few weeks I haven’t been able to really update you on another very important project, Agritrue.  I asked John Kitsteiner one of my partners at AgriTrue to give us an update.  Here is what he had to say.

We wanted there to be transparency in food production. We were tired of the big agricultural corporations telling us that it doesn’t matter where our food comes from or how it was raised. We wanted it to be easy to find healthy food. We wanted a free-market system that subtly shaped the way food was being produced… away from non-sustainable, destructive farming practices and toward something sustainable, regenerative, and good for our communities. We wanted something that would ensure we would live a better life, if times never got tough, but especially if they did… strong communities thrive when times are good, but they are the places that survive when times get tough.

The problem was that nothing like this existed, so we decided to make it happen.

AgriTrue is how we did it. AgriTrue connects food producers with food consumers. It lets you easily and directly talk to the people who raised your food and find out how they did it.

AgriTrue has been live for just over 2 months, and we have over a dozen producers, but we want more. We want every food producer in America to be an AgriTrue producer.

This has never been about building an online empire. It is about taking back our food sovereignty. It is about breaking down the barriers that government has put up to “keep us safe” because in doing so, they have destroyed the relationship between the farmers and ranchers and the average person who just wants to eat healthy food. They have taken away an important part of strong communities.

If you want to be an AgriTrue Producer, we have set up very inexpensive pricing for the early adopters:

If you are a food producer (i.e. farmer or rancher), please go to our Producer Enrollment page to sign up.

If you are not a farmer or rancher, you can still support AgriTrue by becoming a Supporting Member for $14.95 per year. This is also done on the Producer Enrollment page… just check the box after the AgriTrue Pledge.

If you are interested in knowing where your food comes from and how it was raised, then use the search option on our main page to find the AgriTrue Producers in your area. This is free to anyone! You can register with the site if you would like to leave comments and ask questions of the AgriTrue producers.

If there are no AgriTrue Producers in your area, then let all your local farmers and ranchers know about AgriTrue!