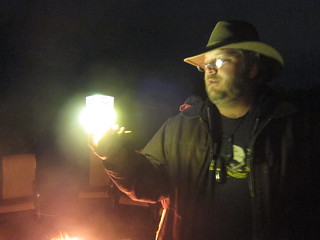 A fun night at the TSP Barter Blanket, Just One Amazing Part of this Community.

Yes guys I am preempting the call in show today in celebration of our 6 year anniversary.  On today’s show I am just going to have an old school “Jack Chat” with you guys about where we have come from, what we have been though and where we are going.

On June 20th, 2008 I got into my 2006.5 Jetta Diesel TDI and left my home in Arlington and headed for my office in Frisco, Texas.  In my lap sat a cheap video camera that also recorded in MP3, the result was episode one of TSP.  It was pretty bad but the vision was already there, and people listened.

Over the next few weeks I found some decent bumper music and Another Day Another Dollar by Bob Maus played on TSP as it was fitting open source pod safe music.  I got a Sony MP3 recorder and found an old honest to god taped together Panasonic headset and while not studio quality my audio got a LOT better.  I told people to bail out of the stock market and some did, some wrote letters saying they had tears in their eyes of gratitude two months later for not going down with the market.

The show has evolved a lot over the years but the reality is the core is and will always be the same.  My objective was always to empower people to actually get out of the trap described by Bob’ song.  The song you hear now on the air, “The Revolution is You was later co written by myself and Greg Yows who also preforms it.  Today you will hear both songs and the story of TSPs past and my vision for our future.