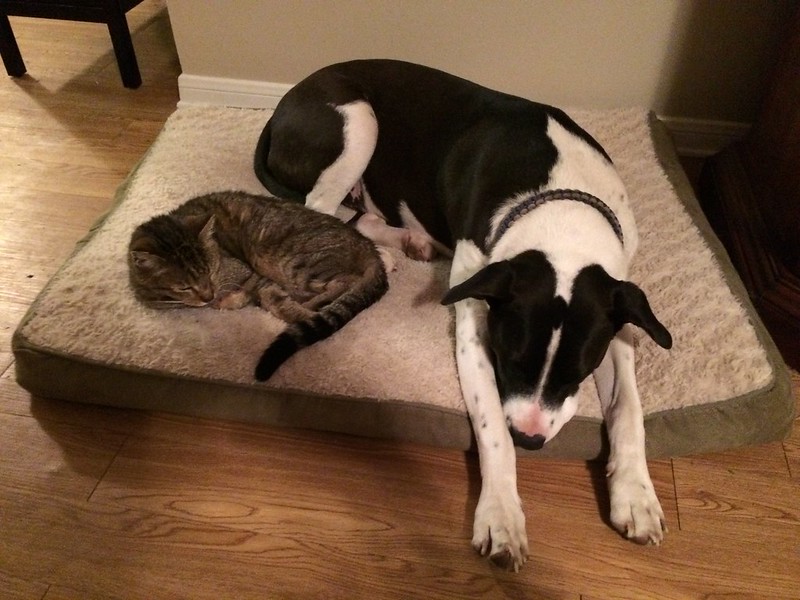 Charlie and Ralph Nap after a Long Day on the Homestead

Time for a simple old school style TSP that is basically a chat with Jack.  Today we take a look a what 2014 has in store for life at the TSP homestead.  The first year here was mostly an infrastructure establishment phase.  We installed swales and hugul beds.  We also built facilities for our livestock, systems to move they though the land, etc.  We installed garden ponds and many other systems.

The entire first year of establishment is actually available in a 90 minute video we filmed that you can find here.  The key is the first year was like building the roads and bridges, 2014 is going to be more like when the houses, buildings and shops go in, metaphorically of course.

This year is going to be awesome, Josiah will be off building the flagship PermaEthos farm which will require at least one trip by me up there for a major earthworks course and installation.  Other than that though Dorothy and I will be back to it just being the two of us and frankly even though we love Joe like family we are looking forward to it.

We are moving into a new phase, one of tweaking, edge expansion and management.  Shifting from changing the landscape to working with it.  Dorothy is even considering starting a small homestead business or businesses of her own.