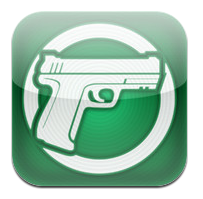 Get the app and learn more at SafeToCarry.com

Today we are joined by David Byte an Oklahoma conservative entrepreneur looking for ways to help protect our constitutional rights though the use of technology and social media.

David is the founder of SafeToCarry a smart phone application and website combo that his team launched in January to help provide the most up to date information about the 2nd amendment friendly status of a location based on “crowd sourced” data.  They are now offering to partner with local and regional 2A organizations as well.

David joins us today to discuss exactly what the SafeToCarry app does and how users can add locations that are both pro and anti second amendment. He also discusses other ways they obtain data on specific locations and regions.

Tune in today to learn how you can get this application and more importantly how you can help as part of one of the largest demographics in America today.  Folks there are 55 million gun owners in America, that is about 1 in every 5 Americans.

You want to make a statement about the preservation of the right that guards all other rights?  Well this is a way to do with with your wallet.  Not just based on where we spend out money, but more importantly where we don’t.